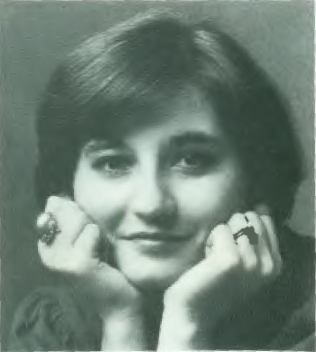 In last month’s editorial, I spoke about a fundamental right which wasn’t explicitly set out in the Constitution but which should have been—the freedom to choose one’s own diet, medication or recreational drug without fear of criminal prosecution. Unfortunately, even one of the most fundamental rights that was put in the Constitution—the freedom of speech and the right to a free press—is under serious attack both in this country and abroad.

In the last few months, the Canadian government has made it virtually impossible for Canadian citizens to buy and read HEAD Magazine. The Royal Canadian Mounted Police have refused to let copies of HEAD through customs, the warehouses of our Canadian distributors have been ransacked without warrants, and thousands of copies of HEAD in Canada have been seized and shredded. The distributors in Canada have been threatened with criminal prosecution if they try to distribute HEAD. And in England, the home of this country’s democratic traditions, HEAD has been labeled “obscene” by the government and not allowed into the country. Thus, without even a single law being passed, Canadians and our British readers have been deprived of their right to buy and read HEAD, and there’s nothing we can do about it.

In the United States, freedom of the press has a great danger of becoming a relic of the past. Publishers Larry Flynt and Al Goldstein risk long prison sentences because their magazines, Hustler and Screw, were considered “obscene” by a small segment of the communities of Columbus, Ohio and Wichita, Kansas. Now Flynt has been shot for his outspokenness.

As for HEAD, even though there isn’t a single law which prohibits us from publishing this magazine, many people feel that our magazine should be illegal so they refuse to deal with us. Printers have refused to print us, newsstand distributors refuse to carry us, the Yellow Pages refuse to list us, and the so-called “progressive” FM radio stations refuse to allow us to buy advertising time. In Danvers, Massachusetts, a group of 200 parents recently met to try to force the local newsstand to stop carrying HEAD.

The sad thing is that our country is losing freedom of the press not because the government is now being run by dictators—but rather because the minority of closed-minded bigots in this country feel more strongly about taking away the freedom to buy and read what you want to, than the majority of people feel about preserving and fighting for that freedom. Freedom is like a muscle—if it’s not used, it quickly atrophies. If HEAD Magazine can be stopped from publishing by the antidrug crusaders in this country, then the freedom of any magazine to publish can just as easily be taken away. Freedom of the press is a precious right, and we’re going to have to fight for it if we’re going to be able to keep it.